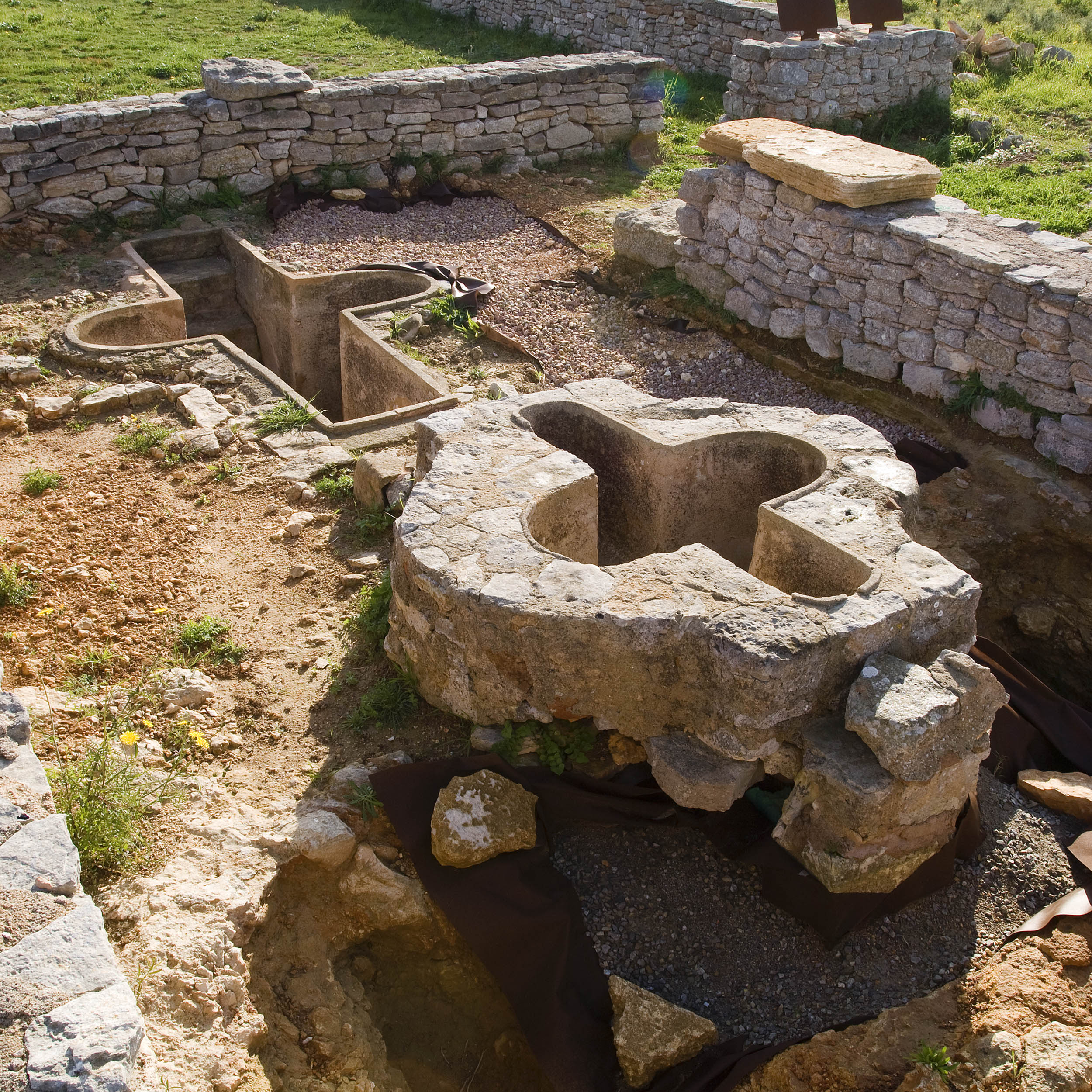 It is an archaeological site of the late antiquity (5th-7th century AD) consisting of a basilica with attached habitations and a necropolis. The excavation began in 1912 thanks to the initiative of monsignor Aguiló. In 1931 the site and its remains were declared historical and archaeological monument in order to guarantee its preservation. Since 2005 a project of consolidation and adaptation for visitors is being carried out by a joint financing of the municipal government and the Consell de Mallorca. The excavated area in Son Peretó exposed to view an ensemble consisting of various elements with different uses:

A. Basilica: Cult place. Dimensions 21 x 14 m and orientation WE. Formed by three naves, separated by two lines of columns. In the East of the major nave there was a sanctuarium and altar.

B. Baptistery, with a double baptismal font.

D. Habitations attached to the temple.

The remains and the mosaics – Baleria, the most famous – can be visited in the History Museum of Manacor.

The site is signposted and there are display panels in four languages for an autoguided visit.