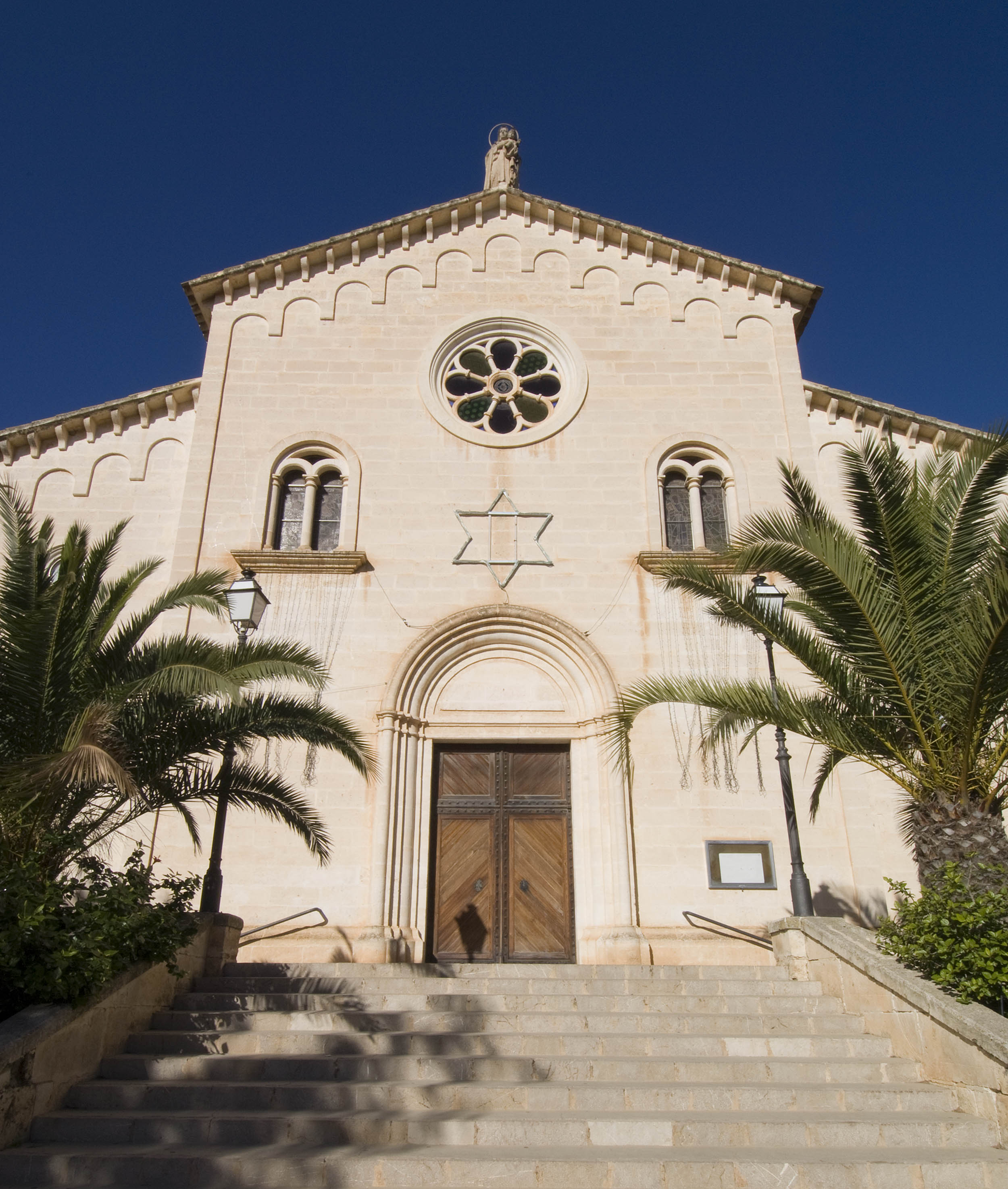 Neo-roman basilical one-hall church with aisles. The nave is covered by a lightly pointed barrel vault. It has one central and two lateral symmetrical parts. The first church was built between the 10th of May and July of 1890 in consecration to Mare de Déu del Carme, patroness of fishermen and navigators. 1914 a Way of the Cross and a small organ were installed. From the first moment the cult place was to small and the building was enlarged in different phases. It was definitely inaugurated in August 1949.

In 1957 it was enlarged and completed with the steeple in the same style.

VIRTUAL TOUR OF THE CHURCH