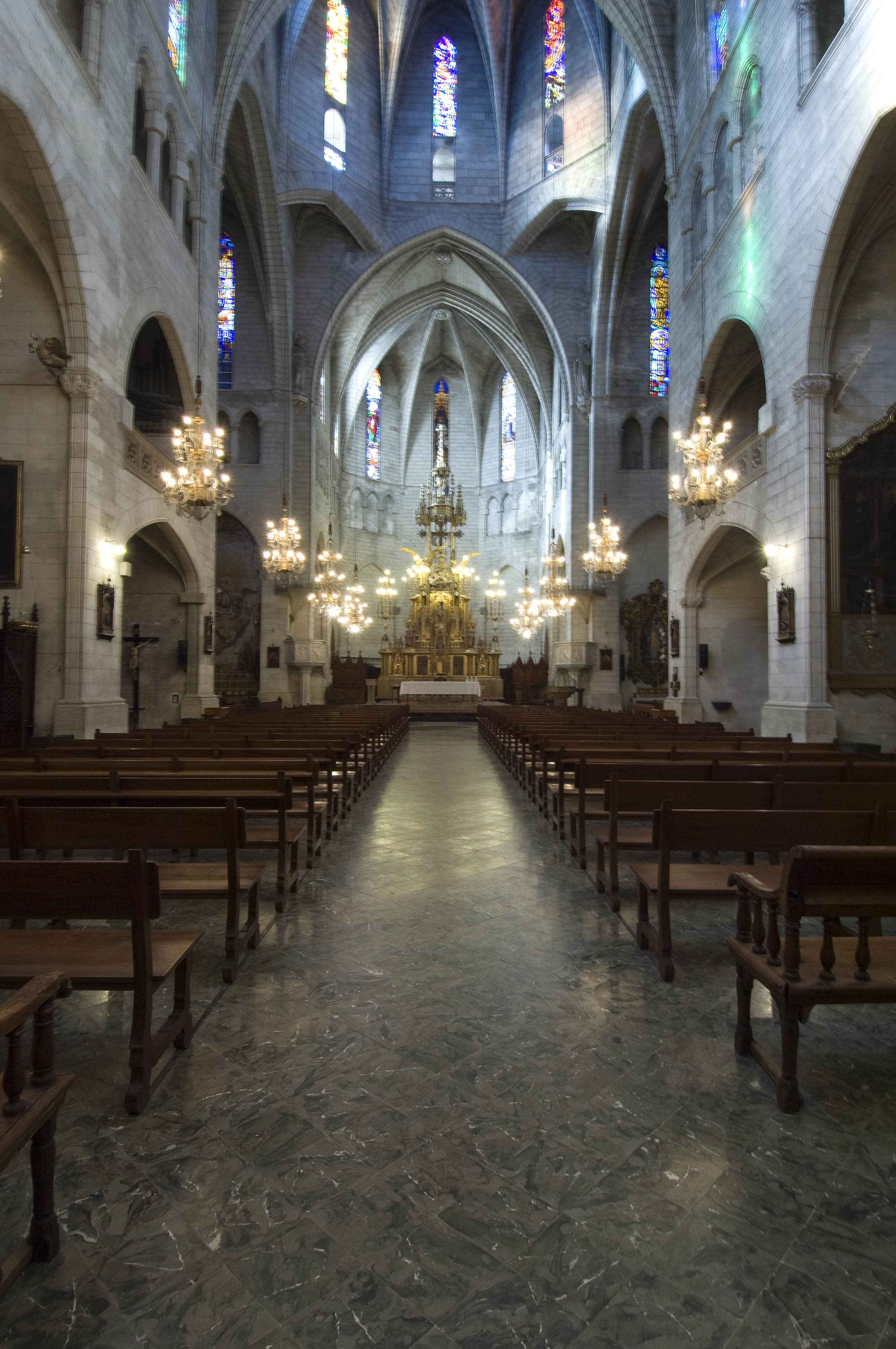 Situated at Plaça del rector Rubí, in the center of Manacor.

Its construction began at the end of the 19th century and commended by priest Rubí to naval engineer José Barceló Runggaldier,who drew up the designs,and constructor Gaspar Bennàssar, who directed the works and built the bell-tower, the highest building in town known as Torre Rubí. Apparently this site was a cult place in the Islamic period. It is the place where, after the conquest of Jaume the First, the church of Santa Maria was situated. For this temple was very small, in the 14th century another one was built, which was finished in the 16th century, although the main doorway, originally situated on the side of the bell-tower, dates from the end of the 18th. This church was demolished to build the actual church. Some parts of the 18th century still remain, like the chapels of Sant Antoni and Sant Francesc, the towers of the ancient main façade at both sides of the bell-tower, part of the Mother of God sacristy and part of the old bell-tower. Built in negothic typology it has a latin-cross floor shaped one-hall basilica with chapels between the buttresses, with its transept arms in the fore section to the presbytery. There are ten aisles, five on every side, and in the chancel there is one chapel on every side and in the high altar. On every transept arm there are seven chapels, standing out the one consecrated to the Immaculate Virgin and the other to the Sant Crist of Manacor.