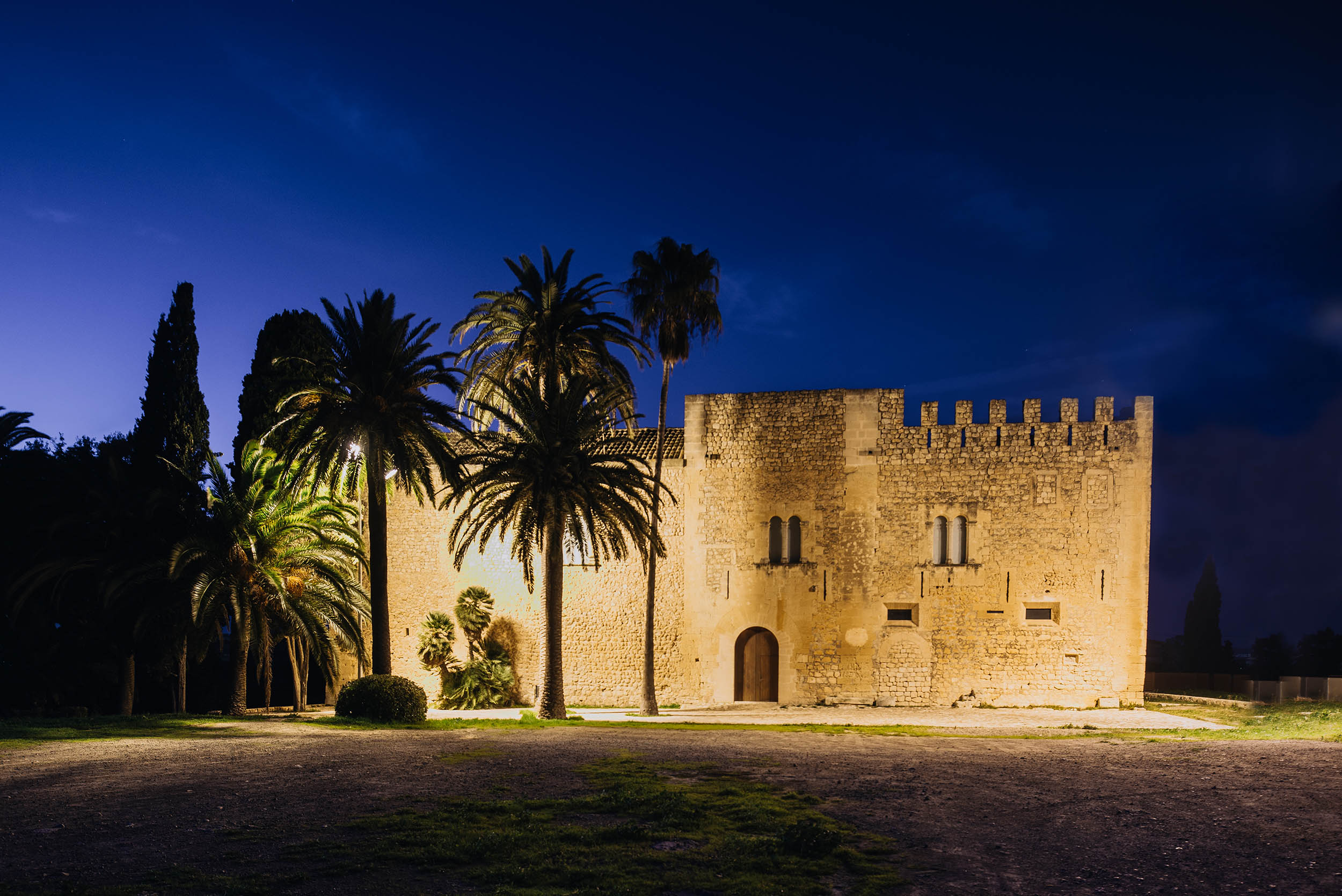 A defence enclosure and rural housing typical of the lordly classes of the 14th century. The tower was built by Pelai Onis, in the Ancrad farmstead in the Manacor district, just after the Conquest and surrendered by count Nuni Sanç in the 13th century. The tower of Enagistes is a connecting element between Majorcan and Catalan lordly architecture. The architectural organization of the enclosure is clearly defensive with only one exit door. Some simple buildings facing a central patio. The most renowned part is the gothic wing, the tower consisting of two floors with archer’s loopholes and crowned by battlements. The coronelles amb festejadors or mullioned windows are characteristic for this period. In the 15th and 16th centuries another section was added which is characterized by its ogee arch window in the first floor. Presently it is the History Museum of Manacor, with four exhibition halls which include the Prehistoric, Roman, Paleochristian and Islamic period, and another hall with miniature boats and furniture, all completed by a program of temporary Art exhibitions in the first floor.