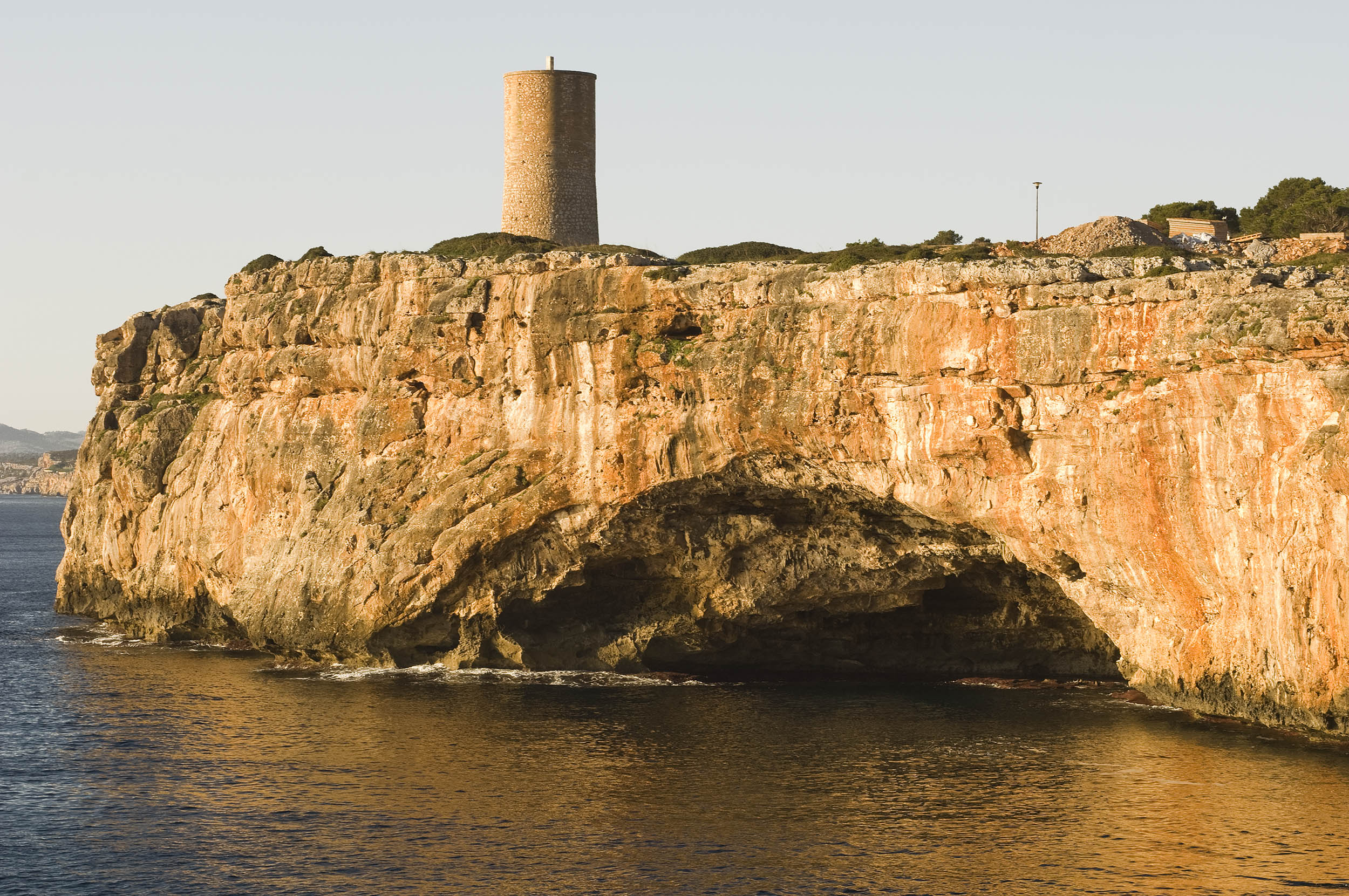 Located at the end of Avinguda Joan Servera Camps in Porto Cristo.

Watch and defence tower. History tells that the construction of the tower was quickly built in 1577 and authorities decided to set it up in the Serral dels Falcons or Hill of Falcons. Towards 1693 the tower had two keepers. In 1769 was situated in the country estate of Rafal Pudent. 1936 it was partially destroyed by the bombing of pro-Franco forces. Later, in 1960, it was reconstructed by the landowners. Next to the tower is the lighthouse keeper’s house, recently restored with graphites of the 18th century till nowadays.

There is a picnic area nearby.