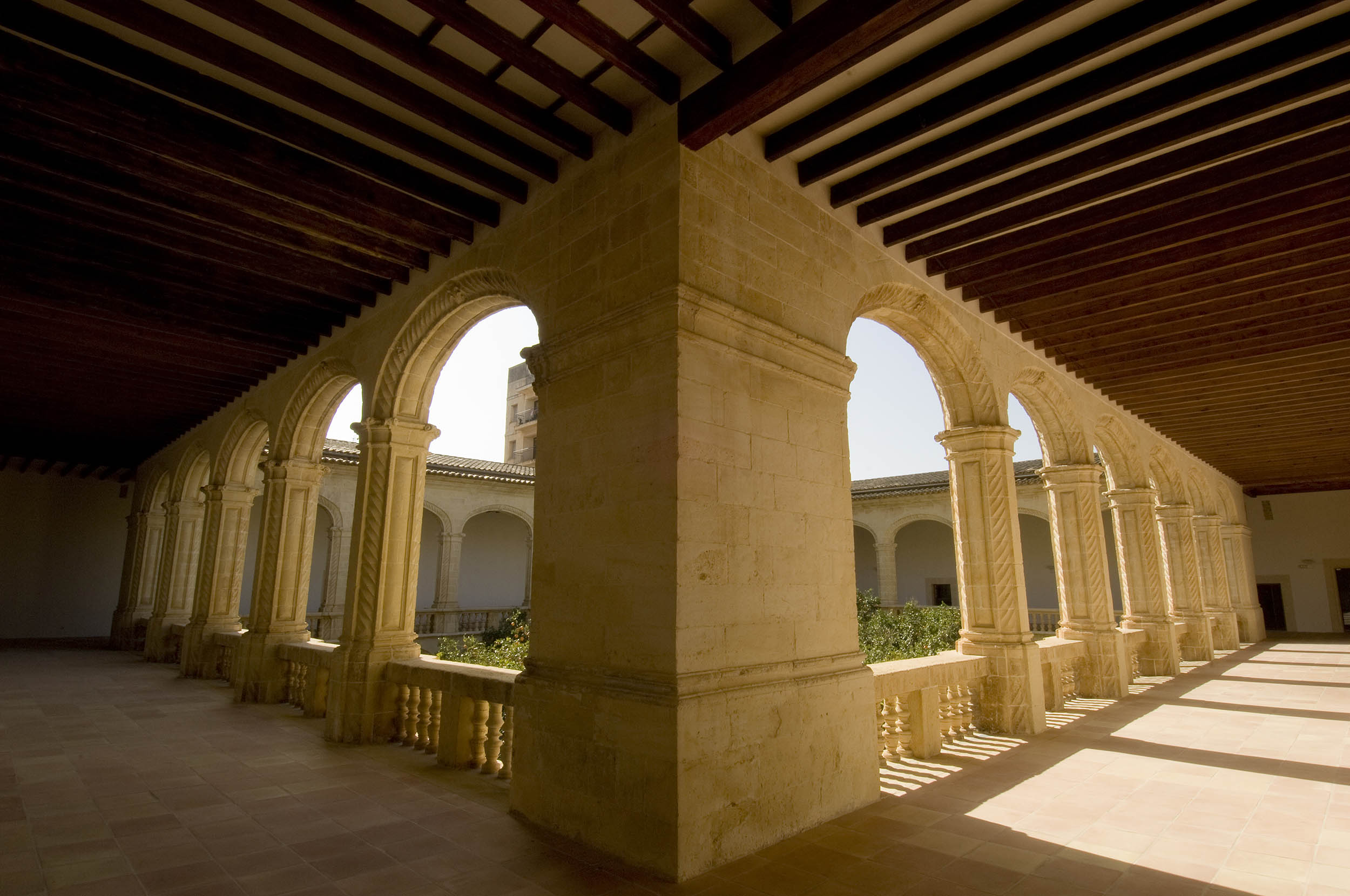 These buildings are located at Plaça del Convent, in the centre of Manacor.

The construction of the church began in 1597 and it was opened to cult in 1617. It is the typical Majorcan convent church with one-hall basilica floor and chapels built between buttresses, based on gothic typology in moderation and austerity. The façade was a doorway under a round arch, with a sculpture of the saint, Vicenç Ferrer. On the left side of the façade is a small bell-tower with a pyramidal roof. Despite the Baroque appearance of the gilded decoration the interior is austere. Among all the chapels, the one situated on the right and dedicated to Roser stands out. In this chapel, which is like a small temple with its own altarpieces, aisles and altar, we can observe all the sculptures which are the richest example of religious Baroque in Manacor. Another important element is the pipe organ, probably constructed at the end of the 17th century or beginning of the 18th. The building of the cloister began about the middle of the 17th century and was probably concluded in the 18th century, in 1744. The structure is based on a rectangular floor surrounding a central court and consisting of ground floor and first floor. The ensemble follows the Baroque typology, standing out the columns and decorated pilasters. This cloister is part of the convent enclosure and was originally closed to general public and only used by the monks. During the sale of Church lands in 1835 the owns of the Order of Preachers passed into the hands of the State and the cloister had different uses: post office, prison, etc. Nowadays it is used for municipal offices. In 1919 it was declared National Monument. During 2005 and 2006 it was totally restored.